Posted on December 21, 2017 by geraldinestreet

The last few days have been somewhat challenging in terms of travelling.

I tried so hard this trip not to over pack as we were taking Christmas gifts overseas.

We set off early to make sure we arrived at the airport in plenty of time.

On arrival it was evident that something was not right, there were people everywhere, yes I know it’s an airport but I have never seen anything like it. We found out pretty quickly that there had been “A Power Outage.”

No power at the airport at all, planes could land, but passengers could not disembark into the airport. Some passengers ended up on planes for over 7 hours.

We had to then cross over to the International part of the airport, unfortunately, trains were not running, and we were told that shuttles to the International Check In were not been given priority. However, we managed to find a taxi only to be faced with the same problems there, nothing was moving, the lines to check in were phenomenal and nothing was happening due to the power outage.

Nowhere, to get a drink or food, TSA affected and closed.

This was the case into the night and beyond. Communication from the airline and staff left a lot to be desired. The website still showed our flight was on time! Needless to say that was not correct.

The camaraderie between passengers however, was something I have never experienced before, everyone pulling together, helping each other with any information they could find. There were literally thousands of people stranded and more arriving by the minute. It was sheer chaos.

When partial power was restored the queues to the check in desks were endless. No separate queues for people who had checked their luggage in before the outage who wanted to retrieve their bags stuck on the conveyor belt waiting to go out. Bags already waiting outside to be loaded on to planes. There were people who had missed flights who wanted to reschedule. We found out late into the evening that all flights had been cancelled.

Fortunately for us, we eventually managed to get to reschedule and today is the day we try again to see our family for Christmas.

I guess this incident will go down in history. The largest airport in the world brought to a standstill. 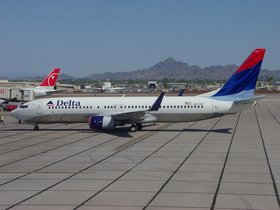 What are your travel plans for Christmas and the new year?

Lets hope that when you read this post we will be with our families.

An English Rose in the prime of her life, living my dream. This is my blog where you can read about my passions, my obsessions, my inspirations, my hope, my journey
View all posts by geraldinestreet →
This entry was posted in Vacation Mode and tagged Christmas, Hartsfield Jackson Airport, Power Outage, Travel. Bookmark the permalink.

This site uses Akismet to reduce spam. Learn how your comment data is processed.